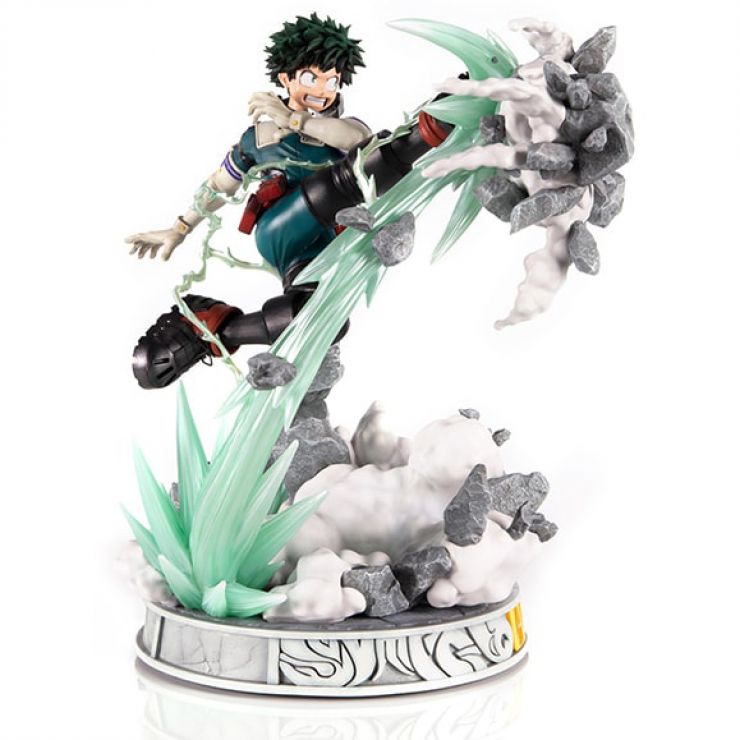 Skip to the beginning of the images gallery
Coming in Apr 2022Pre Order
Preorder this item by 03/07/2022 and get better deal!

+ Add your connection
First 4 Figures is proud to introduce their latest statue collectible, Izuku Midoriya! This is the first statue to release in the all-new My Hero Academia lineup. The statue's concept is inspired by the scene in the anime where Izuku Midoriya saves All Might from a falling rock wall during Class 1-A’s training to develop their ultimate moves. It was a pivotal moment in Midoriya’s quest to becoming a hero because that was when he realized that he doesn't need to emulate everything that All Might did despite inheriting One For All from him. All Might was a puncher, and Midoriya thought that he had to be one too even if his arms were severely damaged from all the training and battles he's been through. Izuku Midoriya has finally stepped out of All Might’s shadow and has made the Quirk his own by developing "One For All: Full Cowl – Shoot Style", his ultimate move that strengthens his kicks by utilizing the power of One For All! The electricity effects enveloping Izuku Midoriya glow in the dark, breathing even more life and emphasis to the power of One For All! The sides of the base are influenced by the U.A. High School campus. The design itself is the marble detailing you see above the three doors by the campus entrance, and in the middle is the school's logo.

*Prototype shown, final product may be slightly different.
Product details can subject to change without further notice.Subject to final approval. 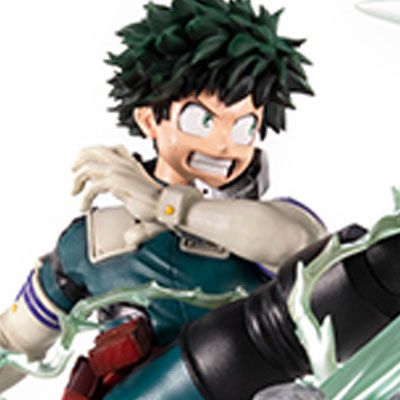 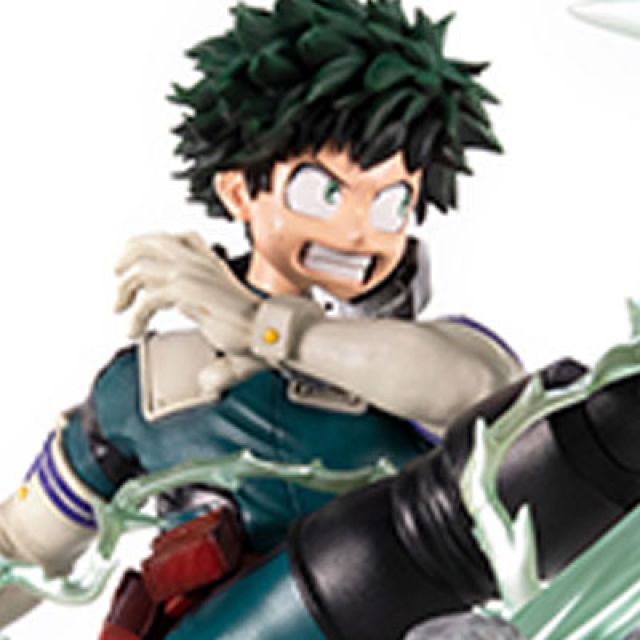