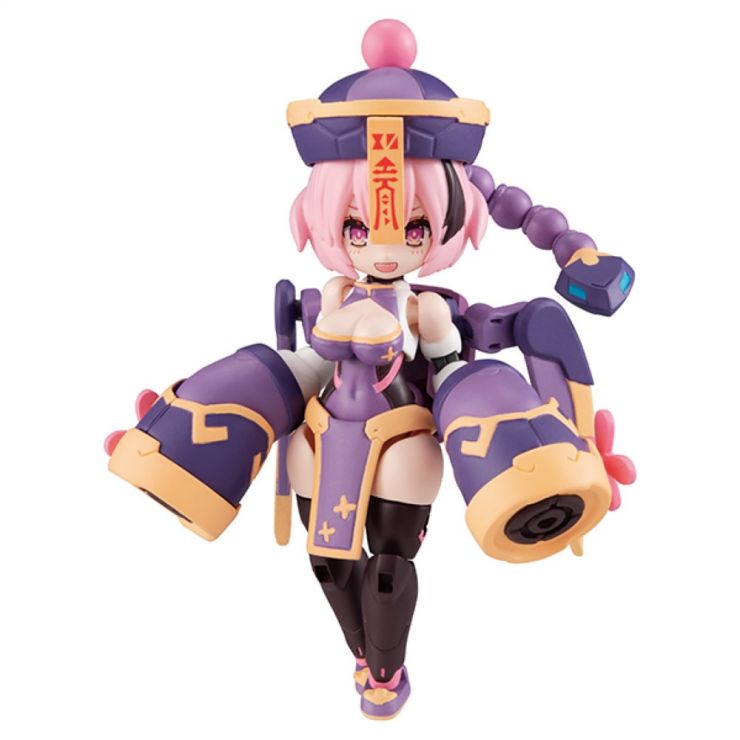 Skip to the beginning of the images gallery
Coming in Mar 2023Pre Order
Preorder is still available but number is limited. Get this before it is too late!

With this product, you earn 102 GP points.

+ Add your connection
Titania Genbu, designed by Nidy, is joining the Desktop Army series! The figure features new hip joints that have been designed to be both cute and highly articulated, allowing for natural poses such as sitting poses!

Articulated hips and rotating elbows are also included allowing for all sorts of intricate poses. The armament is based on a kyonshi and can be switched between a rideable version and a guardian beast version. The armament can also be combined with the armaments from the separately sold "Titania Blue Dragon" and "Titania White Tiger" to create the "Yellow Phosphorus Dragon (Incomplete Form)". She also comes with hair parts up in a bun, allowing you to display her wearing a Chinese-style outfit.

The series is of course compatible with all previously released figures in the Desktop Army series, so you can also mix and match for all sorts of options! The possibilities are limitless! Create your very own army to brighten up your desktop with some extra cuteness!

Condition This is a pre-assembled figure. No assembly required.