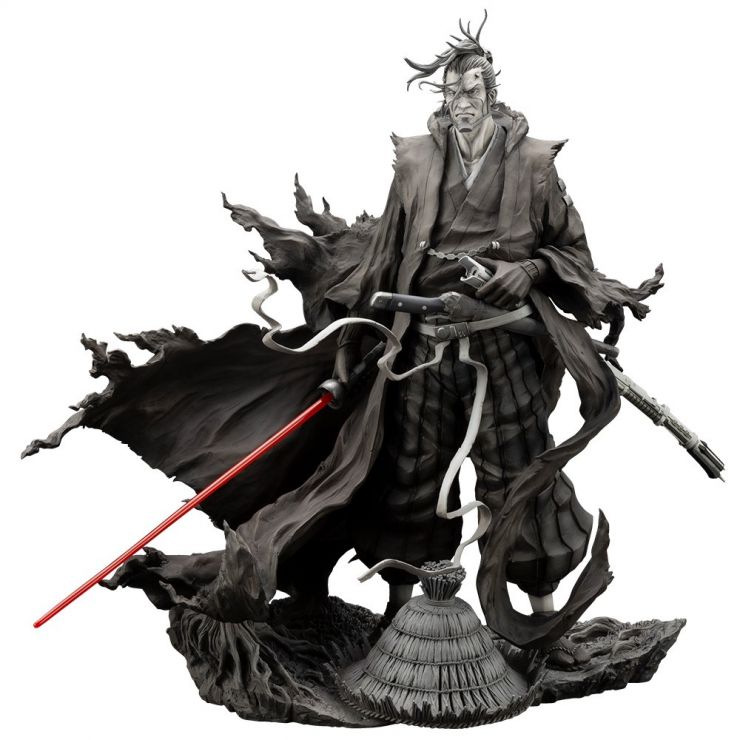 With this product, you earn 500 GP points.

+ Add your connection
STAR WARS: VISIONS™, an anthology of animated short films celebrates Star Wars through the lens of the world's best anime creators and storytellers. Seven Japanese anime studios bring their unique talent and perspective to this cutting edge series now streaming only on Disney+.

Character designs for “THE DUEL” were overseen by illustrator Takeshi Okazaki, who also worked on the concept for the Artist Series TUSKEN RAIDER™ ARTFX.

The mysterious RONIN, a former Sith™ warrior, wanders through the Outer Rim territories with his trusty astromech droid B5-B6™. Upon a chance encounter with a group of bandits and their leader attacking a defenseless village on the planet Genbara™, the Ronin is thrust back into battle and becomes an unlikely savior for those in need.

Masterfully sculpted in 1/7 scale the Ronin stands in a stoic pose brandishing a lightsaber aglow with vibrant red from the imbedded Kyber Crystal™. Every detail from the Ronin’s character design has been painstakingly replicated down to the prosthetic jaw support, his arsenal of two lightsabers and blaster and the billowing robes of his attire, which were designed to resemble those of a kimono in Japanese culture.

Do not miss this opportunity to add the Ronin, a unique limited production ARTFX to your Star Wars collection! 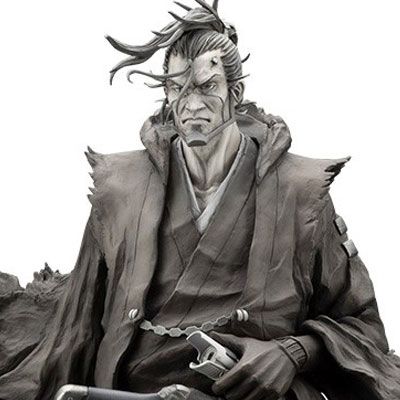